What better way to start off summer than a vibrant, delicious pink drink? 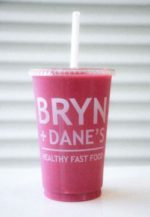 Bryn + Dane’s is celebrating National Smoothie Day and the First Day of Summer on Friday, June 21, 2019 with a free smoothie, The Journey. The one-day exclusive smoothie is an organic blend of pitaya, strawberries and bananas.

Whatever smoothie you choose, make sure to grab a $10.99 Bryn + Dane’s reusable cup to fill up all summer long. Bring it back every time for 10% off your smoothie purchase. Simple and clear, the reusable cup is the perfect fit for any smoothie and a great way to help save the planet.

Phillips Seafood announces a culinary adventure for those interested in an interactive and educational event with Chef Paul Drew. Get VIP treatment in an intimate setting while the chef shares his expertise and demonstrates his techniques on preparing d

eliciously mouth watering dishes you’ll want to prepare for either guests at your next dinner party or even enjoy for yourself!

Cook, Crack and Eat is a series of three interactive and entertaining cooking classes. You can sign up for one or all three! Each class includes the chef’s demonstration, lunch and a wine tasting all with fabulous company. Check out the classes being offered this spring:

You won’t want to miss out on this educational and entertaining foodie experience! Join Chef Drew for this year’s Cook, Crack & Eat series. The cost is $75 per class or sign up for all three for $195. Classes begin at 11:30 a.m. Space is limited, so register early by calling 609.348.2273. Phillips Seafood Restaurant is located in The Pier Shops at Caesars, One Atlantic Ocean, Atlantic City, NJ 08401. For more information, visit their website at www.phillipsseafood.com